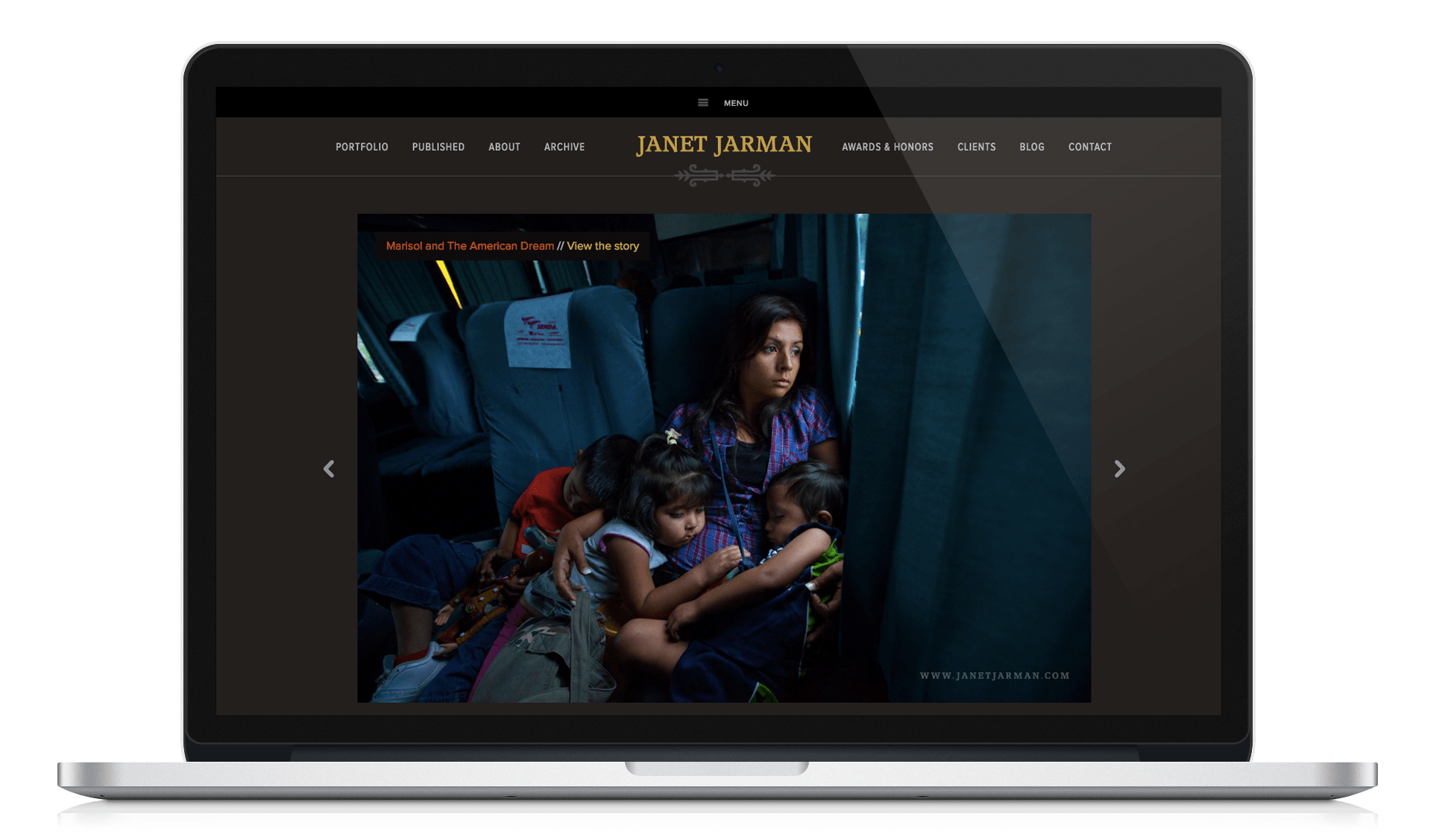 She announced the launch last week but I’ve been so busy with another website project and finishing up the details of my personal branding and marketing course that I just haven't had the time! It's all good stuff of course 😉

Janet, her assistant Kati, our developer Alex and I worked on the redesign for nearly two years. Gasp if you will but Janet has been pretty damn busy working which naturally shifted her focus to making pictures; something she cannot afford to not do! It was a bit like ships passing in the night but we finally made it happen and I'm excited for her and proud of what we were able to accomplish.

Reception to her site has been positive — yay!

A website redesign of course is not without its challenges. In terms of design and development, Alex and I had to figure out a way to present her video and still photography in a way that met her requirements: one type of media format needs to takes priority over another but there could be a situation where only one type of content was published.

Meaning: If say a video for a story was the featured format type but she had a still photo gallery version of the same story, she wanted the video to be presented first and the still gallery presented second. It could also be reversed or there could be only a video or only a still gallery. Honestly, I was super confused at first because when I hear the term “related content” I immediate think “related stories or articles”; content that could be related in terms of topic but not the same story in a different format. You know, like “Other Stories You May Like”.

Our language while the same meant different things! So it took awhile to hash it out since we were working primarily via email and Basecamp. Alex is based in the Midwest, Janet in Mexico and I’m in Syracuse!

But, because the content also drives the direction of development — a reason why development or developers should be involved in the project as soon as it begins — it was critical to reach an understanding. I was trying to avoid was the possibility of a major CMS implementation nightmare.

We eventually created 4 different templates which I believe works but it was an intense point of discussion since the actual presentation of secondary content was purposefully designed not to be consistent.

Janet’s new website is fully responsive thanks to Alex’s mad skills. Mobile use surpassed desktop last year and it will continue in that direction so building a responsive website was one of the most important requirements. Her previous Flash-based website wouldn't even show up. A mobile-friendly website imho is a non-negotiable for website owners.

We used a BEAM template to create the archives section of her website and we had a few limitations.

The first kinda drives me bonkers. The second I can live with. In the end it was a decision based on priority. We went with mobile-friendly over customization. So, it isn't an ideal set-up but as always you gotta work within constraints and I personally do not feel that every section of a website or web page these days needs to be feel like an exact match.

What I Love Most

Perhaps it is bad form to share what I love about my own design but I feel like I gotta say how glad I am that it has some warmth and texture. It feels approachable just like Janet.